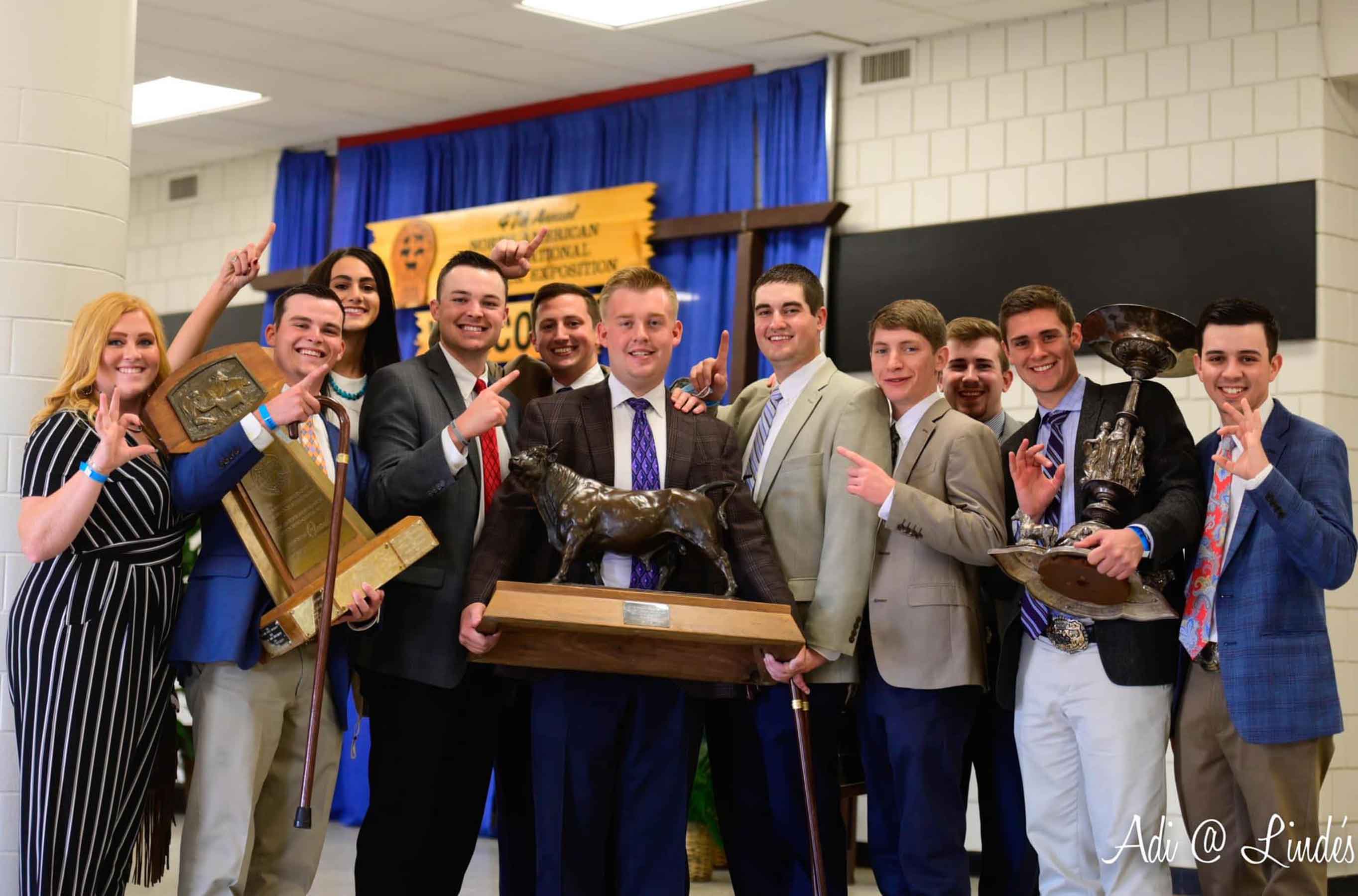 MANHATTAN, Kan. – Kansas State University returned to the pinnacle of livestock judging in the United States when its team captured the North American International Livestock Exposition title on Tuesday, Nov. 17.

The victory marks the 15th national championship for K-State’s livestock judging program, but the first since 1998 when the squad won its fifth in a row.

“It’s an amazing accomplishment and the culmination to a dominant year by a group of students that have represented Kansas State University in first-class fashion,” said head coach Chris Mullinix. “Some of the most accomplished evaluators and coaches in the history of the livestock industry fell short of their national championship goal, but this squad was determined from Day One.”

Tuesday’s win capped a strong season in which the team won its last five contests, including The American Royal in Kansas City. “Their consistency was amazing and a direct reflection of their work ethic, team depth and competitive spirit,” Mullinix said.

Livestock judging challenges students to test their knowledge of a group of animals by ‘placing’ them according to how they compare to each other, and to the ideal animal. They must then justify their placing orally to the judges.

Team members Cagney Effling, of Highmore, South Dakota, Justin Slabaugh, of Goshen, Indiana, and Vieselmeyer were named All Americans, and Mullinix was named the national Coach of the Year.

In addition to being the overall national championship team, K-State won first place in the categories of reasons, beef, beef reasons and performance beef. The squad placed second in sheep and goats, and third in swine.

For Mullinix, the win was extra special. He was a member of K-State’s 1995 national championship squad and was named high individual that year.

He becomes just the third person ever to win a team national championship as a student, finish as high individual, and coach his alma mater to a national championship . The other two were his former coach, Scott Schaake; and Scott Greiner of Iowa State, who is currently the superintendent of the national contest.

“I can’t express the pride I had as a student being part of a national champion team, and now coaching a group of students to that same honor,” he said. “My coach, Dr. Scott Schaake, is one (who has achieved the same) and now I’m incredibly honored to join him.”

“Like every other activity, we were forced to jump through a number of hoops to make the season happen,” Mullinix said. “First, we are so thankful for the development of protocol at the university level that gave us the opportunity to travel. At contests, our national events were aggressive in developing procedures to mitigate spread (of COVID-19).

“It was an interesting year, but these students have only one year of contest eligibility, so they were willing to do whatever was deemed necessary to make it happen.”

Mullinix sounded nostalgic in bringing the national championship back to Manhattan.

“K-State has fielded a competitive livestock judging team for well over 100 years, and our alumni include some of the greatest livestock minds in the history of animal agriculture,” he said. “Those former team members serve as our biggest supporters and open their ranches to our team every year to help us develop our students’ evaluation skills.”

An hour after the victory, Mullinix had received more than 200 text messages from alumni, breeders across Kansas, K-State colleagues and others.

“This is a huge team effort and I hope all of our stakeholders take pride in the bronze bull coming home to Manhattan,” he said. “It belongs to us all.”

Chris Mullinix, Coach of the Year 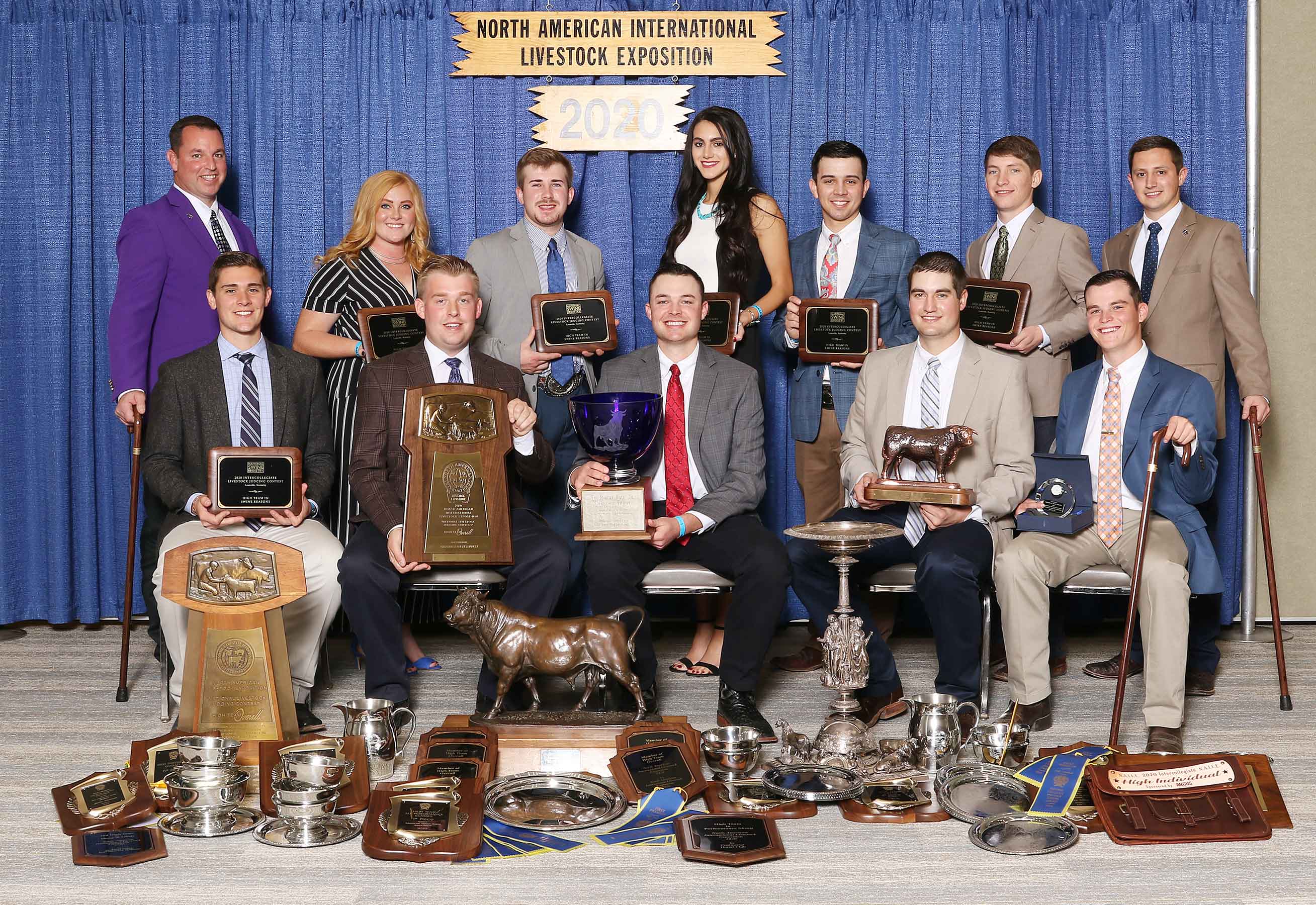