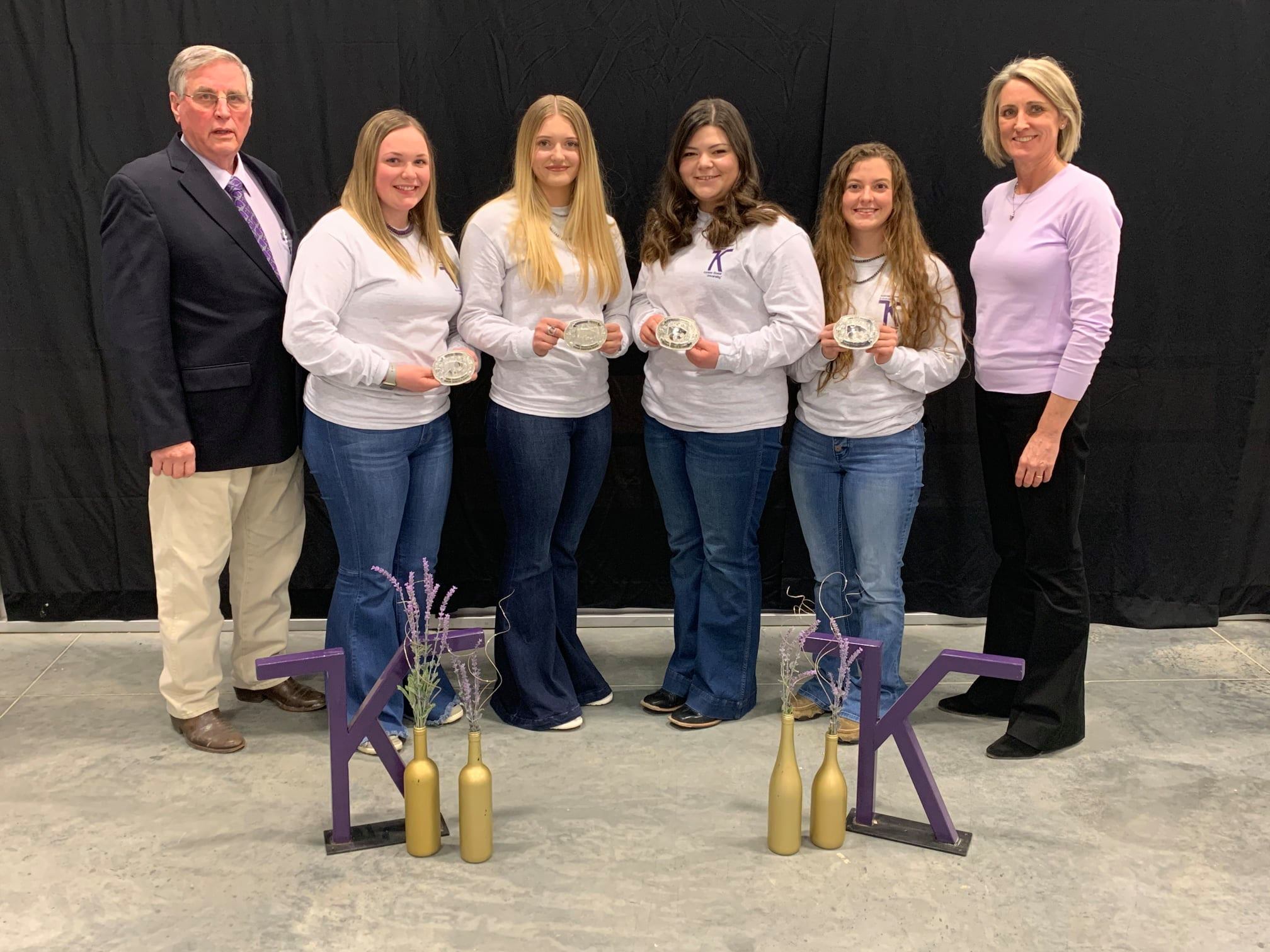 In the laboratory practicum, the teams solve hands on problems involving animal science knowledge such as animal management and care. The work at each station usually involves a species such as beef or swine or a disciplinary area such as physiology or meats.

The written exam questions involve any area related to animal science concepts and principles. Each team worked on one exam, dividing the questions as they choose.

In the oral presentation, students choose from a list of current, animal science related topics. Then, they have two weeks to prepare a 10- to 14-minute presentation on the topic.

In the quiz bowl, questions may be asked on any topic that relates to animal agriculture and can be answered quickly. Brackets are created based on written exam performance.

On their way to earning overall champion honors, this year’s champion team earned first in the written exam and laboratory practicum, and second place in the quiz bowl.