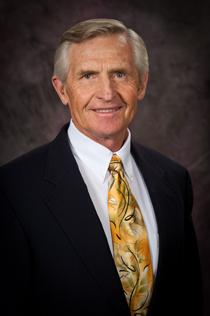 Michael E. Dikeman was born September 28, 1943 at Fort Scott, Kansas. He and his wife Earline have a married son Mark, and a married daughter Becca. Both received B.S. degrees in Animal Sciences & Industry at K-State.

He is a Professor of Meat Science at K-State where he began his research career in 1971. He currently holds a 40% teaching and 60% research appointment in the department. He has taught thirteen different courses at K-State ranging from Introductory Animal Science to graduate courses in Meat Science. He also coached the Meat Judging Team for eight years. He has won two K-State research scholar awards and nine college, regional or national teaching awards, including an USDA-NASULGC award.