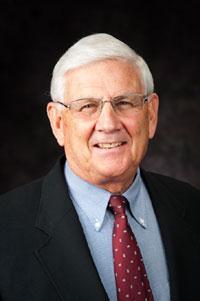 Curtis L. Kastner retired in July 2016 after serving as the director of the Food Science Institute at Kansas State University since 2001. He served as a principal investigator on the U.S. Department of Agriculture and Department of Homeland Security initiatives focused on food safety and defense. He has also studied the feasibility of developing value-enhanced meat products.

Kastner received his bachelor's, master's and doctorate in food science from Oklahoma State University. He has been with K-State since 1975 and has served as research coordinator and associate head of the department of animal sciences and industry.