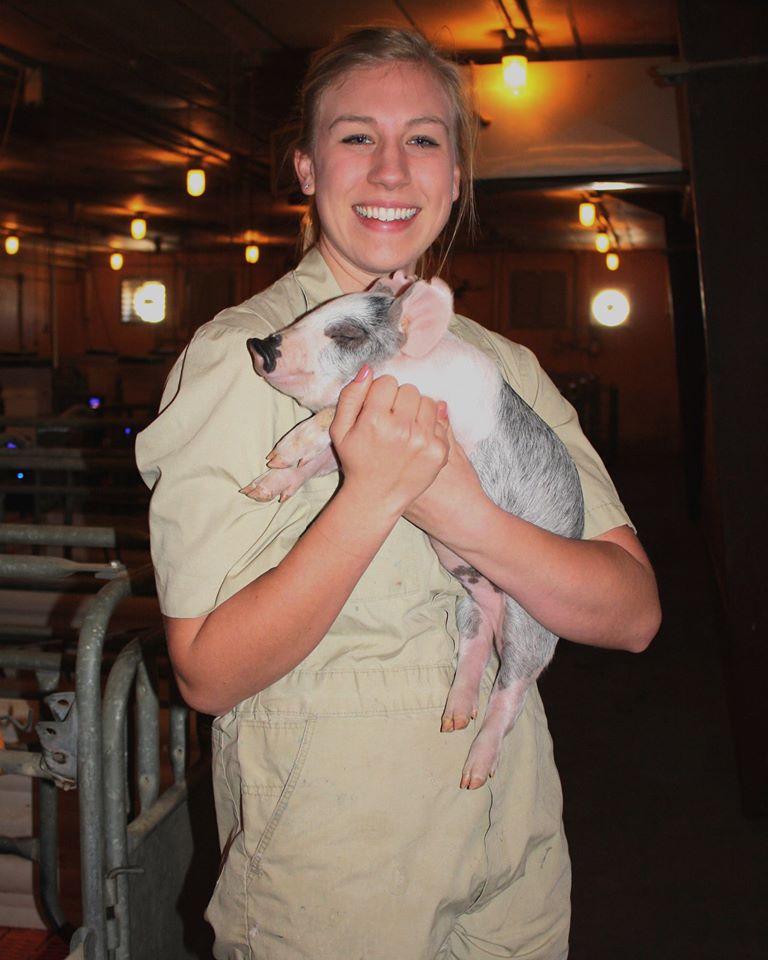 Kiah was born and raised on a small pig farm in Philomath, Oregon.  She gained a passion for pigs through working on the family farm, and raising show pigs for 4-H.  She attended Linn-Benton Community College on a livestock judging scholarship before transferring to K-State where she completed her Bachelor’s degree in May 2015.  While at K-State she was a member of the Livestock Judging Team, Meat Animal Evaluation Team, Animal Science Academic Quadrathlon Team, a College of Agriculture Ambassador, and an agriculture advocacy group called Food For Thought.  She also was able to complete an undergraduate research project titled “The Effects of an altered suckling treatment on piglet performance in the late lactation and the early nursery period”, which led her to an interest in pursuing a Master’s degree in swine nutrition.  Kiah worked on two swine farm internships at 4K Farms in Red Oak, IA and Hord Livestock in Bucyrus, OH.  Kiah joined the Applied Swine Nutrition Team in August 2015.  She is interested in nursery pig nutrition. In her free time, she enjoys trail running, swimming and visiting her family in Oregon.