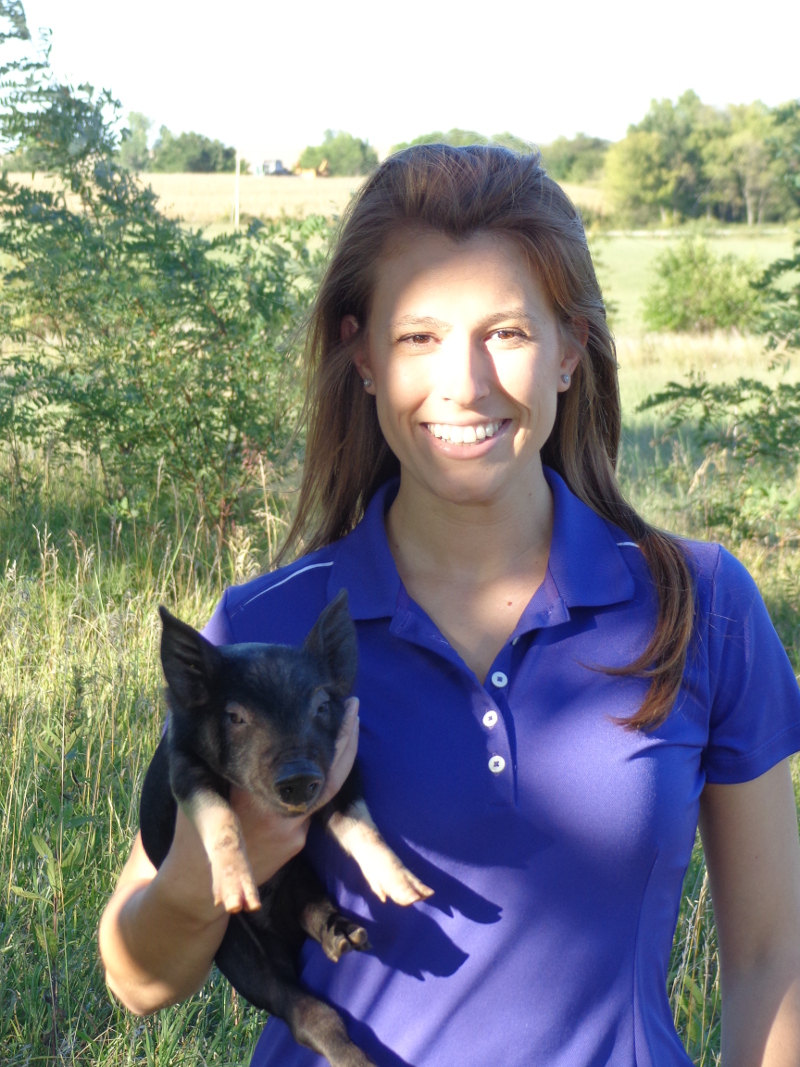 Lori is from St. Louis, Missouri and graduated from the University of Missouri – Columbia, in May of 2013. Lori has always had an interest in animals and after working for a graduate student, she discovered her love for pigs. After graduation, she accepted a job with Brenneman Pork at a sow farm in Thompson, Missouri. Lori quickly exceled into the role as farrowing manager and discovered she had an interest in swine nutrition. Her position at Brenneman Pork allowed for her to realize her passion for the industry and brought her to Kansas State to pursue a master’s degree. During Lori’s time with Brenneman Pork she was constantly thriving to reduce pre-wean mortality, increase live born, increase weaning weight, and wean healthy sows back into the herd. Her research is fueled by these enthusiasms and she is eager to begin research. In her spare time, Lori enjoys spending time with family and friends, riding her dirt bike, and snowboarding.