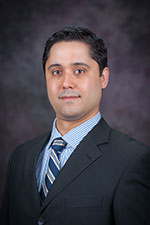 Dr. Umut Yucel earned B.S. (2004) and M.S. (2006) degrees in Food Engineering from Middle East Technical University (METU), Turkey, and M.S. (2010) and Ph.D. (2011) degrees in Food Science from the Pennsylvania State University. He continued his academic training as a Post-Doctoral researcher at the Flavor Research and Education Center, University of Minnesota. In April 2014, he was appointed as an Assistant Professor at the Food Engineering Department, METU of his hometown. He has joined the Department of Animal Sciences and Industry and the Food Science Institute at Kansas State University in March 2016 as an Assistant Professor with teaching and research responsibilities.

Dr. Yucel is a food chemist and physical chemist with an emphasis on food emulsions, colloids and nano-particles. More specifically, his research area focuses on design and development of emulsion-based colloidal systems, which can serve as delivery systems for bioactive foods components, such as flavors, essential oils and other phytochemicals, to improve their effectiveness (high bioavailability and controlled release profiles) and efficiency (enhanced stability during processing and storage) in foods. In parallel, his research interests involve understanding the nature of micro-scale interactions and dynamics of small molecules in a complex food environment that define food structure and biochemical functionality. In order to study aforementioned systems he is applying novel and non-invasive food materials characterization techniques, such as low-intensity ultrasound, electron paramagnetic resonance spectroscopy, in addition to more conventional spectroscopic and analytical methods. His teaching responsibilities include food processing unit operations, functionality of foods and physical chemistry of foods.