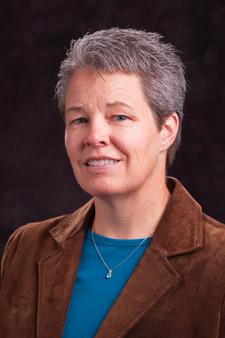 Sandy Johnson was raised on a diversified livestock farm north of Blair, Nebraska. An active 4-Her, her projects included cattle, swine, sheep and horses. She received a B.S. degree in Animal Science from the University of Nebraska in 1982 and a M.S. degree in Reproductive Physiology from the University of Missouri in 1984. A deep appreciation for applied integrated research was developed during three years spent working as a research technician at the University of Nebraska West Central Research and Extension Center in North Platte. A move to West Virginia was made to pursue a Ph.D. Her dissertation examined the role of the follicle in the formation of short-lived corpora lutea in postpartum beef cows. Sandy received a Ph.D. degree from West Virginia University in Reproductive Physiology in 1991 and continued there as a post doctoral fellow until 1993. She held a teaching position at Fort Hays State University before beginning her current position in October of 1998 as Extension Livestock Specialist at the Northwest Research and Extension Center in Colby.

Sandy is a founding member of the Beef Reproductive Task Force which has hosted the Applied Reproductive Strategies in Beef Cattle Workshops, updated the Estrous Synchronization Planner and organized the Beef Cattle Reproduction Leadership Team. All efforts are aimed at promoting wider adoption of reproductive technologies among cow-calf producers and to educate cow-calf producers in management considerations that will increase the likelihood of successful AI breeding. Her research interests include the areas of estrous synchronization, costs of breeding systems and cow/calf management.